BMX Space is an online game that simulates a BMX bike race in outer space. The player races against three computer-controlled opponents on a track that loops around a planet. The objective is to complete the race in the shortest amount of time.

The player controls their bike using the arrow keys on the keyboard. The left and right arrows control the bike's steering, while the up arrow makes the bike jump. The player can use the spacebar to perform a backflip. The game is played in first-person perspective, and the player's bike is shown as a small dot on the screen. As you progress through the levels, the obstacles get more difficult to avoid, and the points you get for stunts become more important. There are also a few power-ups to help you along the way.

The graphics are simple but effective. The planet and track are realistically rendered, and the bike and opponents are cartoon-like but identifiable. There is no music or sound effects in the game, but this is not a major deficiency.

The controls are simple and easy to use. The arrow keys are all you need to play the game. Tapping on the left side of the screen makes the bike go left, and tapping on the right side makes it go right. You can also perform stunts by tapping and holding on the screen and then releasing when you want to do the stunt.

The game is not very long and can be completed in a few minutes. However, it is entertaining enough that it can be played again. There are three different tracks to play on, and the game can be customised to be more or less challenging. This ensures that the game has some replay value. However, there are some additional levels that can be unlocked by getting more points, and there is also a leaderboard so you can compete with your friends.

BMX Space is a fun and entertaining game that is easy to play. The graphics and controls are simple but effective. The game is not very long but has enough replay value to make it worth playing again. 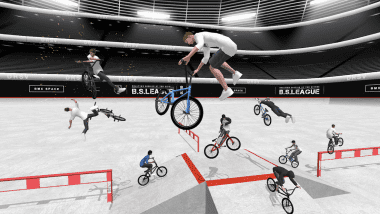 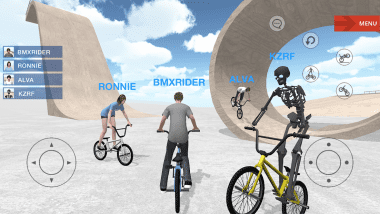 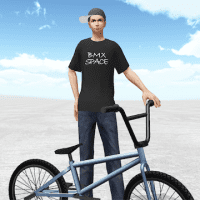